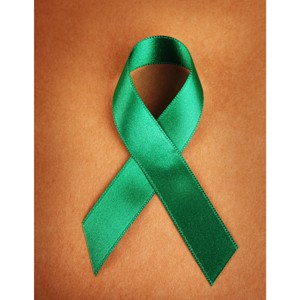 Mick and Macey McConnell: A Family Talks About Muscular Dystrophy

My son Cullen, who is now 17, was diagnosed with Duchenne Muscular Dystrophy disease at age 6. It is a genetic mutation that spontaneously occurred. He lost mobility three-and-a-half years ago and is now in a wheelchair full-time, but he has use of his arms and hands. He needs help with things like dressing and showering, and his father and I are taking care of everything right now. His younger sister and brother help out, too.
After the initial shock of the diagnosis we registered with the Muscular Dystrophy Association, because they are both a connector to other families with the disease, and they also help with the pile of medical bills. Any check-up related to MD is covered, including the pulmonologist, neurologist, etc. That is a HUGE relief. They also have support groups, sibling groups, and a free summer camp for kids with MD. It is a wonderful organization.
Eleven years ago, when Cullen was diagnosed, I didn’t have as many Internet options for finding out about the disease, resources for families, or support that was available. Everything was – and remains – a learning process. For example, we needed an accessible van. We had a big fundraiser, and made enough money to buy a new van because a lot of people came together to find us a free venue for the event, line up their son’s band, do the food cheaply, etc. Another family dealing with the same disease told me about getting “CADI waivers” from the State to help with the van conversion. We had to sign up for medical assistance and there was a lot of paperwork, but when we were approved we were able to pay for the conversion of the van with that money. Without that family’s guidance, I wouldn’t have known about that. They also said that Cullen would be eligible for a Make A Wish trip, and we took advantage of that opportunity while he could travel. We also take advantage of “Hope Kids,” which provides tickets to events for families needing a break from the stress of coping with a disease.
The bottom line is that there are others who are going through many of the same things, and they were very generous in sharing what they had learned. We have a Facebook account now, too, and some of those friends are families of people with MD.
There is, of course, a big impact on Cullen’s siblings. They have become compassionate and open-minded people because of their brother’s situation; they are more accepting of people who are different, and kinder. Sometimes they comment that they have to do chores and Cullen doesn’t, or get upset that we can’t do something because of the limitations of the wheelchair. I understand all of that, but it is what it is.
Sister Macey chimed in:
Cullen and I go to the same high school, but he always leaves a little early to avoid the crunch of the crowds. I was at my locker the other day and heard someone make a remark about Colin whizzing down the hallway. It was stupid and mean. That kind of thing happens. When we’re at church and go up for communion, the really little kids stare at Cullen, and he turns his head away because he doesn’t like that. I know they aren’t being mean, but he wasn’t interested in being the center of attention right then, or for that reason.

I was not a patient person, but I’m learning that because of my brother. It takes him longer to do something. Sometimes he wants me to do something for him and I know he can do it himself. I encourage HIM to do it because he can. All of these things associated with the disease bring you closer together. I am really close to my brothers – so much that we are called “the Three Stooges!”
I like the MDA walks because it brings your whole family together by other families that are affected with the same thing. It’s an eye-opener to see how many there are. It’s also amazing to see how many people want to help out. My friends were interested, but it was an early-morning event, so they are more likely to come to something else.
Cullen is part of an adaptive floor hockey team, and I play hockey too, so I talked to his coach and mine about choosing a game where my team and all of the families could be cheerleaders. I play on the Rosemount high school team, and recruited my team to watch the game with the usual group of parents. We made signs and got really loud. It was such a fun event. When Cullen went in to play goalie we would chant his name, and he would turn around and give me that brotherly, “You’re going to get it” look. I know they all liked it, because they were all laughing and smiling the whole time, and we all got together for a friendly group picture at the end.