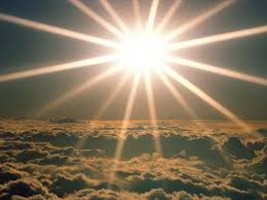 Each Day is a Miracle

My son Darnell likes to be called “the man,” or “the king,” and his sister and I smile because we are so happy that he is still part of our lives. He IS “the man” to us.

He has always had disabilities but was very high functioning, and able to go to school. Darnell has a great sense of humor and is always cracking jokes. That day in October, 2012, he had attended a disability dance at school, and we had all gone out to dinner and to Lowe’s. The next morning we were going to the Special Olympics, because he was part of a church team that was participating. I knocked at his door to wake him up for the day. He was 19 and liked his privacy – wanted to get himself up and ready. But that morning, I knocked and he called out to me that he couldn’t get up. He sounded terrified. I opened the door and saw that he was on the floor. I was frantic, calling his sister and 911 to help me. When we went to the hospital, they told me that he had a double stroke; two parts of his brain were affected. For three days he was in a coma and they told me that it didn’t look good for him. I stayed there and didn’t sleep. But he came out of the coma and started making some progress, much to everyone’s amazement! I had never been that sure about the school that he had been attending, because you just never know if anyone else can know your child’s needs and potential as well as you do. However, when he had the stroke, they arrived at the hospital and were genuinely concerned about him. I was very touched by the love they showed to him and our family.

He got out of the hospital and went into a rehab center, but we were very happy when he was able to return home, even in a wheelchair. I had spent so much time teaching him things, but now we had to start all over because of the stroke. There were things that were inspiring to him, and I wanted to keep his spirits up and keep him moving forward. He LOVED going to the Dollar Store every day. He would go into the toy aisles and pick something out. In fact, he just loved going so much that when I would ask if he had chosen something, he would hide it behind his wheelchair so he could keep looking! He just liked being out among people.

Every day is a miracle, because people said that he either wouldn’t live, or would be “a vegetable.” But he’s been going to physical therapy two times a week, and then he and I work on exercises in between sessions. We work to bring back all of the knowledge that he had before the stroke, and through it all he just never complains. That amazes me. He is so eager to be independent again, and that’s what I want for him, too.

As an example, Darnell always loved to go to the barbershop. While he was recovering from the stroke, he was relearning how to walk but was pretty shaky on his feet. I had to help him in, and sat waiting for his haircut to be finished. Now, he’s doing well enough to walk into the barbershop by himself, and tells me to stay in the car!

This past Christmas, Darnell wanted a cell phone like everyone else, and I got him an I-Phone. He loves to text, and I’m thrilled because using it helps to develop fine motor skills, and encourages him to express himself. I get my directions for breakfast and lunch: Waffle, bar-b-q! We’re all just doing what we can to make this huge task of “re-learning” fun.

In 2014, Darnell wanted to go to the prom, and we prepared by going to the Men’s Wearhouse to buy him a new suit. He wanted to look like James Bond, and did his best to strike that pose! I surprised him with a limo, and teased him about whether he was buying dinner for “his dates.” He was pretty horrified, because he likes to save his money! I wanted him to have all of those high school experiences including prom and graduation. When he walks across that stage and gets his diploma, I will cry because he isn’t just walking across the stage – he has come a LONG way back from those strokes.

Brandi at Morning Star has been such a rock to me through all of this. She calls just to check in and see how we are doing, and Darnell teases that he is her boyfriend when she comes to visit! She is good-natured about it, and it brings “the man” so much joy to tease her. When Darnell was in the hospital and I was so worried about him just surviving, she called to encourage me to hang in there, and told me that the paperwork that I owed her was “the least of my troubles.” That took such a weight off of my mind. When I’m at a low point, somehow she is there on the phone, checking in to see if there is anything that she can do, or to just encourage me and give me strength to do what needs to be done.