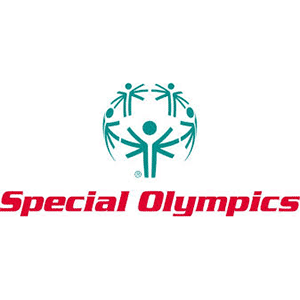 We weren’t prepared for it ahead of time, but 21 years ago my son Dylan was born with Down’s Syndrome. The hospital had us get in touch with our county social services office, and at age two weeks, we had already gotten a visit from physical therapists from the Mahtomedi School District. Even at that young age, the physical therapist came to the house and moved his arms, legs, and helped with his development. We had been told that he might not walk until he was three, but he walked at 14 months thanks to physical therapy, pool therapy at Courage Center, and the diligence of the other people who worked with him when he was very young.

I wouldn’t have known where to start with all of that, but those services turned out to be one of the first of the really great things that happened for Dylan.

His needs had been evaluated by social workers from the county, and we started getting funds that we managed through Orion Associates. We set a budget, and I send in the timecards to make sure Dylan’s caregivers get paid. He’s actually had the same wonderful caregiver for many years. These days, we manage everything online, so it’s convenient. The Orion employees have always been very helpful if I make a mistake or have questions.

Having that under control helped us focus solely on what Dylan needed. He had a lot of physical issues, and had three heart surgeries before he was one year old. We started hiring caregivers for him, and they got him out into the community, which was so important because it meant that he was meeting people – seeing kids, parents, teachers. They knew him before he got to school. That made the transition to school so much easier. He was mainstreamed from elementary school through high school.

He played t-ball through community education for two years, and then played baseball until he was in 5th grade. When he got a hit everyone would stand and cheer for him, and when he struck out, it didn’t really count. The kids would show him where to stand, and they all had a good time. When they entered middle school it started getting pretty competitive, so we decided to quit while we were ahead!

When Dylan was seven we got involved with Special Olympics. We all really enjoy that, and have a box of ribbons and medals to show for it. Most people probably don’t know that Special Olympics runs all year long. He gets to choose his sports, and he’s chosen bowling, basketball, track & field and bocce ball this year. There are practices all year leading up to the competition. Sometimes his caregiver takes him, sometimes I go along. It is a great opportunity to meet other parents who have special needs kids. I believe this is something he’ll participate in and look forward to for the rest of his life. Right now, he is a big fan of meteorologist Ian Leonard, who does all of the Polar Plunges to benefit Special Olympics. Ian was the emcee at the games this past year.

The last two years of school he was the only special education student in the class, but the kids in his class took him under their wings. They had known him so long. He actually got so spoiled by the attention that he didn’t want to leave high school!  But he graduated and went on to the Next Step program, which helps with “real world” skills that aid transition into the community. He learned about doing laundry, cooking, and got some job experience through volunteer jobs – doing shredding, cleaning tables at Panera, cleaning coolers for Meals on Wheels. While he will always have his social worker, the end of this program signaled that it was time to leave school to get a job.

Dylan will start a day program at Merrick, Inc. in the fall, which empowers adults with disabilities through vocational and social opportunities. He will go there every day and be sent out on jobs, or can work in-house, always with a job coach. He knows a lot of people there because of his involvement in community activities. Each transition has challenges, but he gradually adapts and settles into the new environment, greatly aided by having some familiar people around because of his other activities. On our end, we’re working with him to develop work skills, like following directions and how you interact with people.

He will continue to live with his Dad and I for the time being, but he’s 21 now and sees other young people his age moving out and setting up housekeeping on their own. He loves technology as much as any of his peers, and we used some of his budget to get him an iPad. He loves to surf the Web and look things up. There is a Christian youth group called Young Life that has a special group for developmentally disabled young adults. They plan great activities that give him opportunities to get out and about. He really doesn’t realize that he has a disability because he has never been defined by that in our family or among his friends. But he will always need to have someone with him for assistance. Overall he’s made great progress, and we’re very proud of the man that he’s become.